And God said, “Behold, I have given you every plant yielding seed that is on the face of all the earth, and every tree with seed in its fruit. You shall have them for food. (Gen. 1:29) 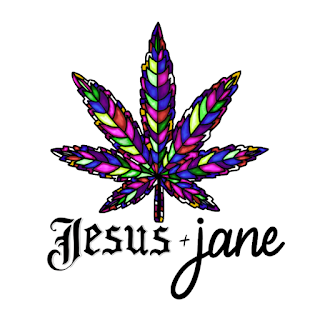 And my, what a bounty the earth has produced! The fact is, if we just were to leave the earth alone, it would be covered in vegetation of myriad varieties, and this is essentially what it was like when people arrived on the scene, regardless of how "exactly" we ended-up here. But we haven't left it alone, we've cultivated it, fertilized it, multiplied the bounty of plants we particularly like through farming, breeding, and now even more through various kinds of scientific practice. Sure, the wisdom and efficacy of many of these can be debated, but for now let's just observe that it's happened, and overall, the earth has been remarkably fruitful. We enjoy — no, depend — on this, in fact.

Beyond the obvious — food — there are also the countless ways the bounty of the earth has been used for healing. Everything from herbal remedies that depend on nothing but the plant itself, to pharmaceuticals featuring active ingredients from the natural world, even if some may now be artificially synthesized. Plants have long been valued for their healing properties.

Regardless of what you prefer, most beverages are rooted in some combination of natural liquid (i.e., water, milk, etc.) and fruit or vegetable derivatives. Granted, in some cases these have been so processed that they barely resemble the plants they came from and may be more harm than good (e.g., high fructose corn syrup.) None the less, coffee, tea, hot chocolate, beer, wine, and all manner of spirits ultimately come from plant-based sources.

It's interesting to note that, among all that was given, there was only ONE plant which we were cautioned to avoid. Though often depicted as "the apple", we don't know exactly what kind of fruit it was. In fact, depending on your understanding of Genesis, it's highly likely we're not talking about any specific fruit, but rather an allegorical representation of temptation. So there were "literally" NO prohibited plants at all.

But a lot's changed since all that. The fact is, one plant has been much maligned for decades now. Cannabis. Despite the significant majority of Americans who now favor cannabis legalization, one of the deepest pools of opposition is found in the Christian church, with white Evangelicals leading the way. But opinions are changing, and with a growing number of people feigning denominational affiliation, people are beginning to open their minds to what cannabis may have to offer. Referring to those statistics again, the biggest support for legalization from any one group is from those who identified as "unaffiliated."

The purpose of Jesus & Jane is to explore responsible medical and recreational use of cannabis by people who desire to follow the way of Jesus.  We acknowledge up front that what it means to be a "Christian" can be debated, but we're not here to do that. There are plenty of other places where you can explore that question. But if you find yourself anywhere on the spectrum of belief and also have curiosity or already enjoy the benefits of cannabis, you are welcome here. 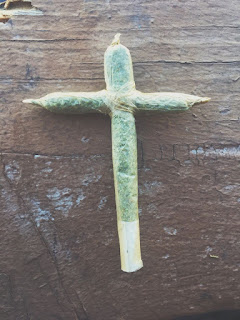 In considering questions surrounding cannabis use among Christians, it's important to understand prevailing views on all sides of the issue. As we do, we must remain open to influence while also living consistently with own convictions and confronting misunderstandings and legalism as we encounter it. As an organization promoting positive awareness of the benefits of cannabis within the church, Jesus & jane takes this responsibility seriously. Our position is that responsible use of cannabis is biblically permissible for Christian adults for both medical and recreational purposes. The reasons for this conclusion are based both on tenants of holy scripture and on an understanding of what cannabis is and what it offers.  Over the next several weeks, Jesus & jane will be publishing a series of blogs on topics directly related to the reasons we have for arriving at these conclusions, for instance: Health (Physical and Mental) Justice Freedom Grace If you lo
Read more 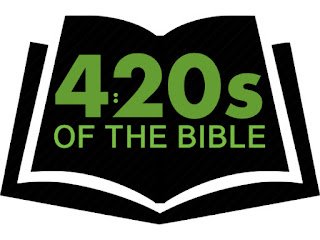 Health and Cannabis: What Would Jesus Do? 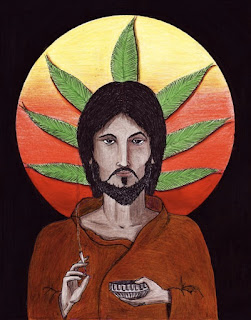 “Jesus Higher” by David Hayward   (This blog is the first in our series on Cannabis and the Church: Apologetics for Responsible Use . Jesus and jane is honored to welcome Rev. Karen Urquhart, Rector/Parish Priest of St. Christopher’s Anglican Church of West Vancouver, British Columbia as a guest blogger for this edition.) Last Sunday a long term member of my church in his 90s, who I’ll call “Jack,” came early to drop off a donation. He said he was going home and back to bed as his cancer had returned with vengeance and he was in so much pain. With tears in his eyes he said, “It’s really bad, and I’ve been tough up till now.” Today he told me that his GP said, “just take the opioids whenever you feel pain.” I know this pattern. I witness it far too often. When elderly people are in pain, the frequency of opioid administration accelerates and within a short time I am at their bedside as they breathe their last. The morphine appears to make their death less distressing and pai
Read more